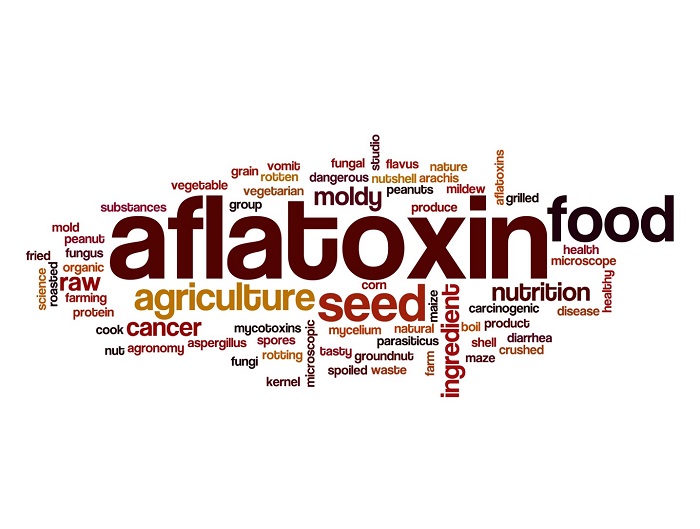 Mycotoxins are fungal metabolites whose ingestion, inhalation, or absorption through the skin reduces activity and causes disease or death in animals and human beings

Safety or innocuousness of foods is a priority not only for public administrations, but also and above all, for the food industry. It is thus worth recalling that incidents of safety failures are incompatible with an industry’s long-term profitability.

Fungi grow on plant materials and result in their deterioration. They form secondary metabolites that act as antibiotics, favoring the prevalence of fungi over other microorganisms. Often, those secondary metabolites are toxic for plants and/or animals, killing or sickening animals that consume them. Toxic secondary metabolites are known as mycotoxins, and the illness they cause is called mycotoxicosis. Filamentous fungi are one of the multiple microbial groups that can grow on foods, provoking a series of changes in their properties, such as the appearance of colors, softening and strange flavors, or a decrease in the nutrients contributed by the foods. For that reason, mycotoxins can be defined as natural products produced by fungi that provoke a toxic response when introduced at low concentrations in higher vertebrate and other animals by a natural route or conduit. Mycotoxicosis is a poisoning of the host when a toxic substance of fungal origin enters into human or animal organisms.

The characteristics of mycotoxicosis are:

The presence of toxins in plants might be due to:

The mycotoxins of greatest interest are aflatoxins, fumonisins, ochratoxin A, patulin, tricotecenos, zearalenone, etc. The most frequent species correspond to the following genera: Aspergillus, Fusarium and Penicillium.

Factors involved in the formation of mycotoxins

The production of toxigenic fungi depends on several different factors:

The economic impact of mycotoxins is enormous; it is estimated that almost 25% of crops worldwide are affected each year by toxigenic fungi. Mycotoxins reduce the nutritive capacity of grains in foods, increase production costs and mortality, and increase susceptibility to infectious diseases.

Fungi develop a primary metabolism very similar to that of most eukaryotic organisms. However, the formation of secondary metabolites takes place through a small number of intermediaries of the primary metabolism under suboptimal conditions and stress. The biosynthesis of these metabolites is influenced by nutritional and environmental parameters, as well as by the prior history of the fungi’s development. Currently some 300 fungal toxins have been identified.

Another factor to be considered is temperature, which has an enormous influence on the fungi’s growth and activity:

The risks of mycotoxins

Food safety authorities determine which risks associated with foods might affect consumers and what harm they might entail for consumer health. When necessary, they prepare a plan of action to minimize possible harm for human beings. Mycotoxins are one of the risks associated with foods that form a part of a customary diet. Grains, dried fruits, and their subproducts are the foods most susceptible to accumulating fungal toxins. The low water content of these foods favors conservation of mycotoxins. If growing or storage conditions are not ideal, fungi can synthetize toxins that, upon being ingested by a consumer, unleash what is called primary mycotoxicosis. In other cases, diseases provoked by mycotoxins reach the population through products of animal origin (meat or milk) that are not directly contaminated by fungi: this is called secondary mycotoxicosis. When the danger entailed by mycotoxins in foodstuffs is evaluated, what is seen as prevalent are their nephrotoxic, hepatotoxic, teratogenic, neurotoxic, estrogenic, and carcinogenic properties. Several studies have shown that certain mycotoxins, such as aflatoxins, patulin, ochratoxin A, fumonisins, and tricotecenos can pose great danger for human health.

Fungi that produce aflatoxins (several species of the Aspergillus genus) are highly prevalent throughout the world, both in temperate and tropical and subtropical climates. These fungi are cosmopolitan species and form a part of the normal microbiota of the air and the soil. The production of aflatoxins can occur before or after the harvest, in numerous foods and fodders, especially oleaginous seeds, consumable nuts, and grains. Aflatoxins have a significant carcinogenic action that affects human beings and animals. The liver is the principal organ that gets damaged.

Economic losses attributable to these mycotoxins are quite high, since such losses not only affect the profits of growers due to the contamination of crops, but also accrue due to immunotoxic effects on human health.

This mycotoxin is present in rotten apples contaminated by Penicillium expansum. Penicillium expansum is responsible for blue mold not only in apples, but also in pears and other fruits. The growth of this fungus and the production of patulin is associated with fruits damaged by insects, hail, or during their handling when picked. This mycotoxin is found in greater proportions in damaged fruits intended for juices, cider, salsas, purées, and preserves.

Patulin has a neurotoxic effect and produces severe anatomopathological injuries in the viscera.

Several species of Aspergillus and Penicillium produce ochratoxin A. Exposure to this mycotoxin is principally seen in temperate zones of the northern hemisphere where wheat and barley are grown. It has also been seen in coffee, grape juice, wines, and beer.

The presence of mycotoxins in several foodstuffs is nothing new and is a severe problem for industry and agriculture. Both these sectors place priority on minimizing the presence of these substances. Decontamination techniques can be classified as follows:

A truly effective treatment needs to deactivate, destroy, or eliminate the toxin and leave no toxic residue in the food. Physical separation can be performed manually or electronically, and is especially useful for eliminating aflatoxins in peanuts. Chemical methods provide the most effective results for minimizing the production of fungi and their mycotoxins; one such method is ammonization.

The methodology involves use of an enzyme immunoassay, which can be applied directly following the extraction stage. These techniques are extremely sensitive and specific for several mycotoxins, and they yield highly precise quantitative results.

At AGQ Labs we are able to analyze and detect the presence of mycotoxins in foods. Feel free to contact us for more information.